In 1957, from the long-standing and magnificent tradition of Chinese puppet performance art, the Yangzhou Puppet Troupe was established and since then, has grown to become well-known at home and abroad for its performance style of “integrating hardness and softness and giving delicate and vivid performance” and the artistic characteristics of “having no real person while being all the more real”. For more than 60 years since its establishment, the troupe has created and staged many large puppet and doll plays such as The Fairy of Viburnum, The New Biography of Three Monks, Snow White, Calabash Brothers, The Nutcracker, The Three Little Pigs, The Prince of the Forest, Chang’e Flying to the Moon, Goodbye Daddy Bear, The Magical Treasure Box, Alice in Wonderland, The Magnificent Boy (Dangkou Shaonian), The Little Flying Tiger on the Railway, plays adapted from Chinese and foreign masterpieces such as The Emperor’s New Clothes, The Story of the Fisherman and the Goldfish, Wu Song Fighting the Tiger, The Fox and the Tiger, The Minor Officer, New Three Attacks of the Skeleton Demon, and dozens of small and medium-sized singing and dancing programs, and unique skills like Good Luck to You, Lion Dance, Long Silk Dance, The Appeal of Fans, Puppet Calligraphy, Banqiao Painting, Face Changing and Fire Breathing, Playing with Buddha Beads. It undertook the 4th and 5th Golden Lion Award National Puppet and Shadow Puppet Repertoire (Program) Show and the first national “Puppet Making Talent Training Course” and “Puppet Performance Talent Training Course” funded by the China National Arts Fund. It is a training base for the Chinese puppet art talents and is the largest professional puppet art group in China for the production and performance of puppet repertoire, puppet design and production, and the training of puppet art talents. 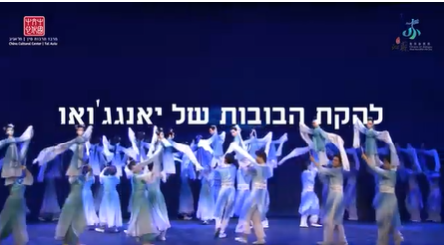