As one of the important cultural activities to celebrate the 30th anniversary of the establishment of diplomatic relations between China and Israel, on July 21, a ” Meeting Walls ” was jointly organized by the China Tel Aviv Cultural Center, the Nanjing Municipal Bureau of Culture and Tourism. , the government of the city of Acre, and the defense and management center of the Nanjing city walls and more. The photo exhibition of the China-Israel city wall opened with a grand opening at the Chinese Cultural Center in Tel Aviv. Kai Ron, Ambassador of China in Israel, Tao Chen, Director of the Tel Aviv Center for Chinese Culture, Yossi Makori Chairman of the Planning and Budget Committee of the Commission for Higher Education, Yuval  Porat CEO of the Company for the Development of the Old City and Nazareth Ltd. The opening ceremony was attended by representatives of The Antiquities Authority, cultural circles and nearly 100 people guests.

Xie Guoqing, director of the Nanjing Municipal Bureau of Culture and Tourism, delivered a video speech. According to him, in recent years, as part of the “Belt and Road” initiative, Nanjing, Tel Aviv and Acre have continued to deepen cooperation and exchanges in the field of cultural tourism. Today, Nanjing, together with the city walls of the Ming and Qing dynasties of China, the city registered in the World Heritage List, together with the city of Acre and the China Cultural Center in Tel Aviv, exists the “China-Israel City”. Wall Photography Exhibition”, hoping to cooperate with Acre in the protection and utilization of the city wall. To protect, preserve and make good use of the valuable cultural heritage, and to jointly protect the cultural and natural treasures of all humanity.

Tao Chen, director of the Center for Chinese Culture in Tel Aviv, said that the city wall was used as a fortress in the past, mainly for protection against foreign enemies. Today, the city wall is more like a bridge of friendship, connecting souls and connecting you and me. This is also the theme of this exhibition and the original intention to hold this exhibition. On the occasion of the 30th anniversary of the establishment of diplomatic relations between China and Israel, the center hopes to build a bridge of understanding and communication between the people of the two countries through this exhibition. By holding this photo exhibition, the people of the two countries can better understand each other’s history and culture, and promote people-to-people ties.

Yossi Yuval, CEO of Acre Old City and Nazareth Development Co., Ltd., praised in his speech the successful holding of the exhibition in Acre, and expressed that he hopes to take the exhibition as an opportunity to further strengthen the relationship with Nanjing and China.

The photo exhibition has selected nearly 60 beautiful photos of the city walls of 8 cities including Nanjing, Xi’an, Xingcheng, Jingzhou, Xiangyang, Linhai, Shuxian, Panjiang and the ancient city of Acre, Israel, showing the long history and splendor of civilization and attracted many Chinese and Israeli guests to watch them.

After the opening ceremony, Sola, a cultural heritage expert specially invited by the center, gave a lecture on “City walls around the world”.

To coordinate and arrive at the center to view the exhibition, please contact us by email:Events@ccctlv.org 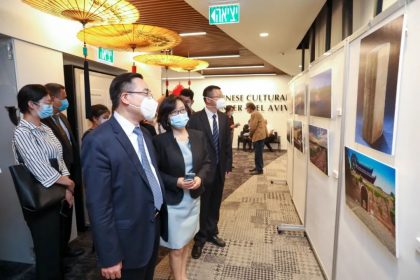 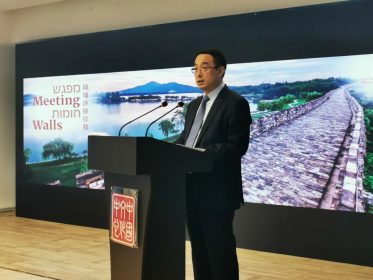 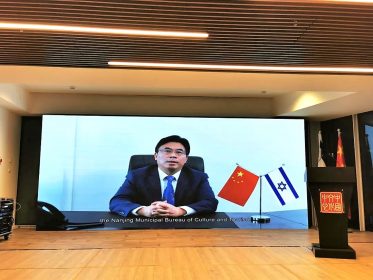 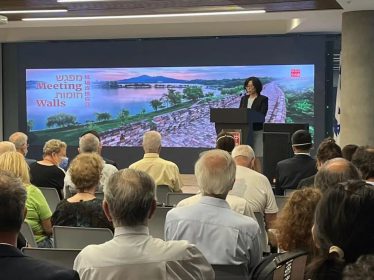 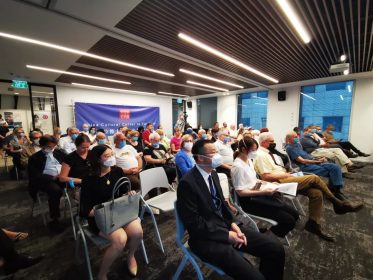 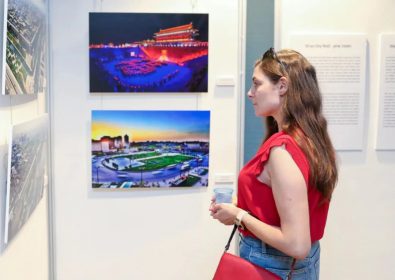 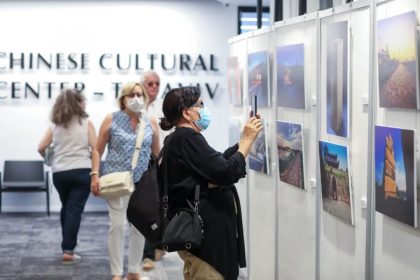 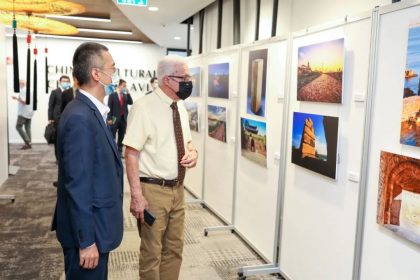 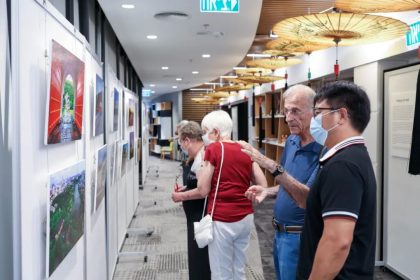 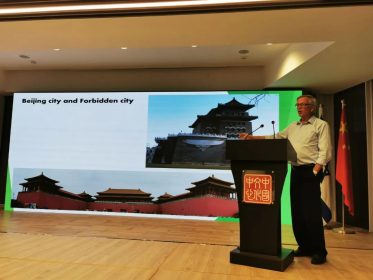