The documentary culture series “Let’s Go to China” is designed and produced exclusively by the China Daily. The series focuses mainly on the Silk Road, and simply introduces to the travels in China of foreign TV man Kevin Cook. During the film, the production team and foreign television crews explored many areas of China, including Beijing, Xi’an, Yan-an, Hangzhou, Chengdu, Abe, Gandhi, Jingdehen, Yudu, and Rajin. And more. According to the third-party view of the story through the personal experience of foreigner Quinn Cook, the series brings to us the rich culture of traditional China, and presents the development and heritage of this culture in a vivid and colorful way, as well as the vitality and innovation of modern Chinese culture. In this way, the series brings to the audience and foreign network users an authentic and original feeling about China’s culture, and so viewers can discover the creative innovation in China’s industrial culture and understand the style and lifestyle of the Chinese in the modern era. The documentary series contains 6 episodes (each episode about 15 minutes) and it discusses six main topics: the porcelain industry, paper production and calligraphy, traditional Chinese medicine, silk clothing design, animated games, and communist revolutionary tourism.

Here is the origin of the word China and the beginnings of many porcelain scholars, at the same time as the first episode of the “Let’s Go to China” series begins with a trip to Jingdehen. Kevin, an American guy from Texas who is considered a serious scenic, met his old girlfriend Pey-Lee instead. Pei-Lee, an artist in Western painting and porcelain fusion, led and guided the Quinn Company into the charming world of porcelain. Here, Quinn will learn the work of Qinghua art (synonymous with the art of porcelain burning), experience the ancient institutionalized system of porcelain, and explore the secrets of the porcelain kiln industry. Quinn will travel to the modern and ancient regions of western China, understand the porcelain manufacturing centers of today, and feel inside the local society. Do not be mistaken in thinking that porcelain is just an ancient tradition, the new generation of the 90s onwards will teach you how to know in depth the soda burning process, so do not think that porcelain is just a small decoration tool because today’s porcelain master will give you a taste of process development. We will start in the prosperous south of China, beginning with the journey of Quinn from Jingdehen.

Unable to write Chinese bookmarks:
It was the camel bells that brought Quinn back to the ancient city of Changan. More than ten dynasties have managed to thrive and flourish in this place in the past, this is the starting point of the Silk Road, a testament to the social heritage and cultural exchange, in addition the origin of the papermaking process also started from here. Seemingly any paper looks simple, but it requires a process that involves a lot of polishing and a long wait. Even after this process is not over yet, the Chinese bookmarks written on paper are the true testimony to historical development and change. There are simple and complex bookmarks, slow bookmarks for writing versus speed. Each bookmark has many types of writing styles, though all of them inevitably stop the same Chinese wisdom and worldview of the Chinese people. The atmosphere and style of Chinese calligraphy spread through the small alleys and narrow streets of the city, waiting for Kevin to come explore and discover them.

Ancient Chinese mythology, the god of agriculture had tasted herbs and the god of agriculture had planted many herbs in order to understand their properties. From then until today, medical medicine in China still relies on its miraculous findings, in addition its teachings have become an institutionalized learning system. Because of the different origin of the plants, even identical plants, will have a different effect, during this trip of Quinn Chinese medicine is no longer a mystical mythology, herbs appear in the culinary world, in spice bags, in colors, in paintings and many other shapes, and it brings us flavors, Colors and even a lot of fun. To be honest you may find that Chinese medicine is hidden in many corners of our lives, and so Kevin’s amazing journey began.

If you have ridden a camel, and passed through sandstorms to a place called Donhuang, you will be surprised to see that there are still such magical places in the world. The caves of Mogo are buried in the stories of A Thousand and One Nights, so that every person who passed through this way is a small testimony to the story of the place. Fei-tian the floating Buddha, the holy nine-colored deer, the ornate ceilings of the temples, the Buddhists and more. In addition there are groups of costume designers, who have long heard the call and felt the splendor and splendor of the Mugha Caves. Other than that after getting caught up in designing costumes on the Silk Road they started expressing themselves anew. In this quest of search and encounter, all that awaits Kevin is his own show. 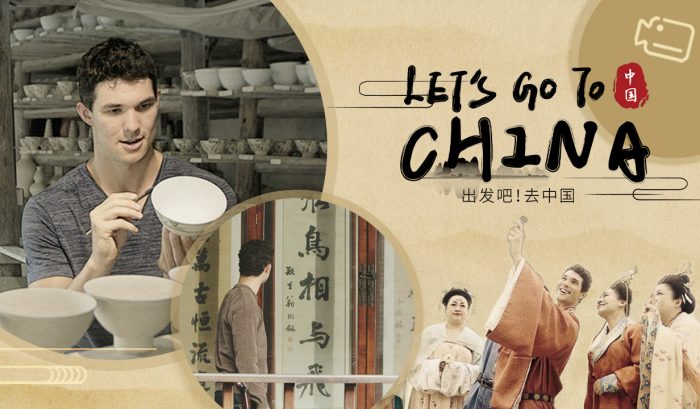