Leshan, known as “Jiazhou” in ancient times, enjoys a long history, beautiful scenery and rich culture. It is a quaternity city of famous mountain, famous Buddha, famous people and famous city which perfectly integrated with mount Emei of over 100 million years, thousand-year old Giant Buddha statue and former residence of Guo Moruo- a famous Chinese poet. There is “The view of the world’s landscape is in Shu and the best of Shu is called Jiazhou” reputation. There are one World Cultural and Natural Heritages and one World Irrigation Project Heritage, eleven national key cultural relics protection units, three national forest park, two National Nature Reserves and two wetland parks, four National Intangible Cultural Heritage, National Scenic Spots, Geopark and Mine Park each one more than 30 World- class and national tourism resources. E’mei Mountain- Leshan Giant Buddha enjoys a high reputation home and abroad and is one of the four “World Cultural and Natural Heritages”. There are also other tourist attractions, like Heizhugou in E’ bian, Grand Canyon in Jinhekou, Jiayang’s train, the former residence of Guo Moruo and so on. Relying on the unique conditions of tourism resources, 34 national A-level scenic spots have been built, of which 2 are 5A-level and 12 are 4A- level. In 2018, the city received 57335500 domestic and foreign tourists, and gained a total tourism revenue of 89.25 billion yuan, an increase of 11.89% and 16.06% respectively over the same period of last year. The total tourism economy ranks second in the province over the years.

Leshan Giant Buddha, also known as Lingyun Giant Buddha, is located besides Lingyun Temple, east bank of Minjiang River, south of Leshan city, Sichuan province. It is close to the confluence of three rivers; Daduhe River, Qingyijiang River and Minjiang River. The Buddha is sitting statue of Maitreya Buddha, which was excavated in the first year of Kaiyuan, Tang Dynasty (AD713) and finished in the nineteenth year of the Zhenyuan, Tang Dynasty (AD803). The construction of it lasted for 90 years and it is the biggest stone inscription off Cliff in China.

As one of the “Four Famous Buddhism Mountains” in China, the religion culture is the main part of Mount Emei’s history and culture. All the structures, statues, musical instruments,etiquette, music, drawing and so on are embodiment of it its profound religious culture. Many historical sites and temples, in Emei and so on are famous tourist resorts for travelling, recreation or escaping from summer’s hotness.

The History and Culture of Gujiazhou

Confucius’ temple in Leshan: Located at the Lao Xiang Ding in Shizhong District, it was first built in Wude of Tang Dynasty, it is now rebuilt in Qing Dynasty. There are 15 buildings, such as Panchi, lingxing Gate, Sancturay, dressing room, deacon’s room, famous eunuch’s hall and County sage temple, which are cultural relics protection units in Sichuan Province.

Jiazhou Ancient City Wall: Located in Baita Community of Boshui street, Shizhong District, the city wall area is about 21941 square meters. It is a quasi- double pattern of a circle inner wall and a half circle outer wall, Present a irregular wedge- shaped. The city wall is constructed along the river and rise or retreat with the water. It is a cultural relic protection unit in Sichuan Province.

Lao Xiao Peak: Located on the Gaobiao mountain in the Shizhong District, it covers an area of 1247.5 square meters, it consists of three ancient buildings, Wanshou Temple, Wanjing Tower and Lingguan Tower. It is an important representative of Leshan Taoist historical culture and Taoist architecture and is a cultural relic protection unit in Sichuan Province.

Emei Buddha hall is the biggest temple group in China and the greatest temple for Chinese Buddhism. Taking this temple as the core, the Buddha culture tourist attraction is an integration of religious pilgrimages, travelling, ecological experience and urban leisure.

The oriental Capital of Buddhism, National AAAA Level Scenic Spot, adjoin the Leshan Giant Buddha Scenic Spot at Lingyun nine peaks, both of the them belong to the core area of the “World Double Heritage”, and it is a Buddhist cultural scenic spot set sculpture art, garden art in one. The tens of thousands of Buddha statues in scenic spot mainly used cliff sculpture technology to carve, they were cooperative carved by the old Professors of Sichuan Academy of Fine Arts who created “Rent Collection Courtyard” that year. The originator of Chinese statues Mr. Liu Kaiqu who was also the moderator of the Embossed Monument to the people’s Heroes in Beijing.

There are more than 2470 carved statues in NO.162 precipice, which stands besides river. So it is called “Buddha Cliff”. These statues, earlier than Leshan Giant Buddha, was carved in Sui dynasty, thrived in Tang dynasty and lasted to Ming and Qing dynasty. Different from Leshan Giant Buddha, these statues were made by the folk people with the content more diversified, art images more colourful. Of all these statues, the biggest one is Maitreya statue of 2.7 meters. It has appealing design, proper proportion, beautiful costume, strong muscles and good sense of volume.

The Former Residence of Guo Moruo

The residence, built in Jiaqing, Qing Dynasty, is Chinese Chuan-dou type single-storey house with a courtyard. The gross area is 1108 square meters, the floor space is 2148 square meters. The house shows the splendid development of Guo Moruo from a child to a world-famous celebrity from an all-round and multi-angle way.

The residence, north to south, carries Sui mountain (the second peak of Emei Mount) in the face of Dadu River. Until today, it remains the simple style. The early poems, like Early, Tea brook, village scenery and so on were created here.

The development of the technology made it a reality that clean, convenient, pretty and comfortable diesel locomotive and electric locomotive replaced the steam locomotive which had already run for hundred years. The normal running steam locomotives of Jiayang coal mine in Jianwei county, Leshan is still operating, which makes it the only narrow-gauge steam locomotive for transporting passengers in the world. Jiayang’s train is regarded as “the last steam engine and living fossils of industrial revolution”. The steam locomotive culture makes this mountain area lively, appealing numerous tourists from the world. The narrow carriage, low roof and the wobbling feeling and slow pace make people start a time- travel, coming back to the countryside of the steam age.

Heizhugou, about 838 square meters, is located in Ebian Yi Autonomous County, Leshan City and has original ecology, rare species and miracle scenery. There are 73 scenic spots in this area, including 6 world- class attractions, gathering various landscape resources, like mountain, water, forest, hot spring, stone forest and so on.

There are four parts in night tour: representation of the ancient city, traditional Chinese painting show, city scenery show and waking up of sleeping Buddha. The travelling boats start from wharf, then enter the show of “representation of Xianfeng and Tongzhi, Qing dynasty will come into sight. The ancient city wall, houses and lights, standing beside the river, reflect the outline of this ancient city.

Sichuan international Travel Expo is one of the three major exhibitions organised by Sichuan province. It is an important platform to promote the force to build the leading western province and the important world tourist destination. It has been successfully held for five periods. The exhibition area of the expo is up to 35 thousand square meters. The activities include tourist product trade, tourist commodity a sell tourism image show, network exhibit, main activities and the supporting activities, all of which will provide a developing and comprehensive cooperation platform for the guests home or abroad.

Martial art of Emei: National Cultural Heritage, one of the three schools of traditional martial arts, focuses on the essence of Buddhism and Taoism. Combination of rigidity and flexibility, practice internal and external.

Jiajiang New Year picture (Left side): National intangible cultural heritage, with festivity and auspiciousness as its main theme, presents the characteristics of joy, auspicious harmony and hope for wealth and peace.

Hundreds of Leshan resturants and market with long history are located in Zhanggongqiao food street. This is definitely the “holy land” for foodies!

Qiaojiao Beef: Clear soup, fine fragrance, tender beef offal and various ways of eating. Meanwhile, it has the function of driving away cold and relieving cough. 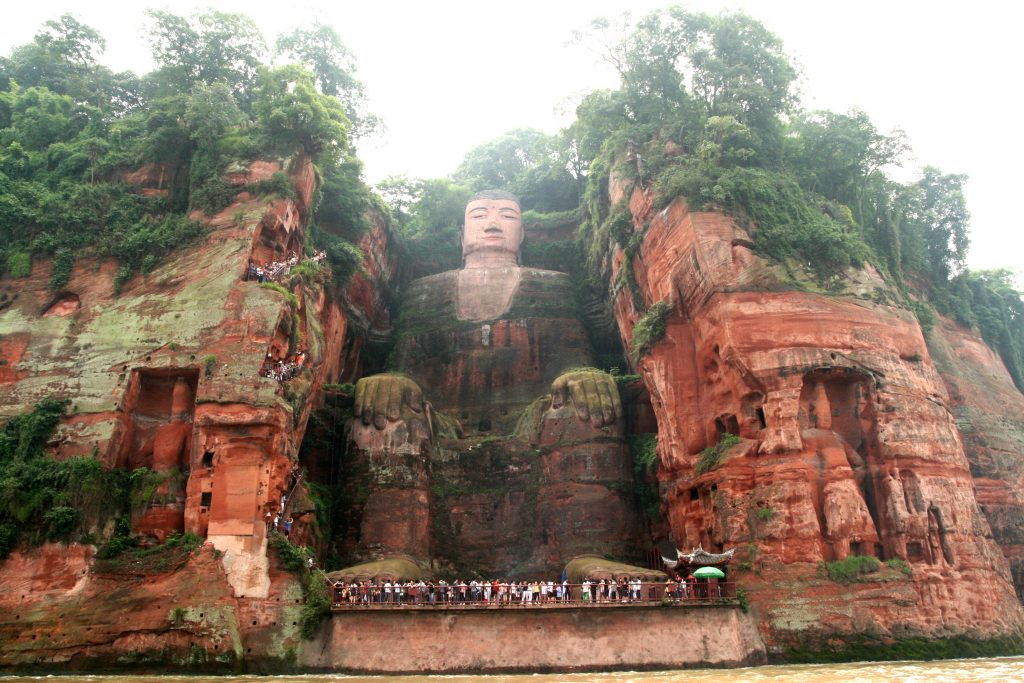 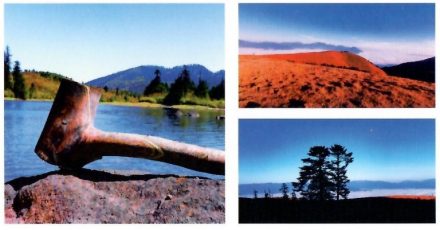 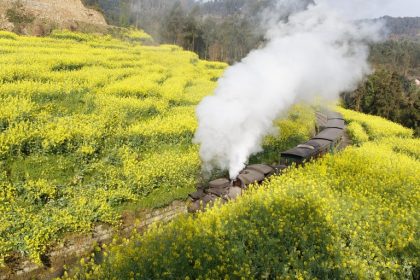 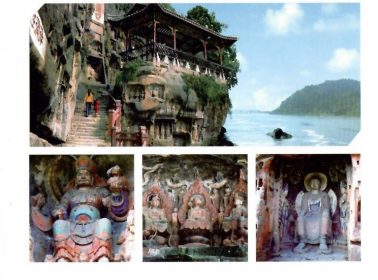 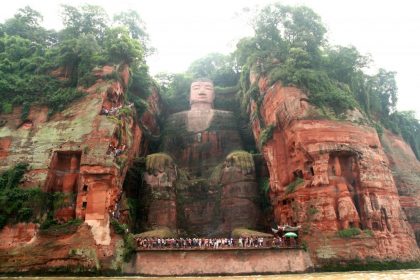