Hubei is located in central China along the middle reaches of the Yangtze River.. It has a
total land area of 185,900 square kilometres, with a permanent population of 59.27 million,
and GDP of 4,582.831 billion yuan in 2019. Hubei has been known as a province of a
thousand lakes, a land of fish and rice and a gateway to the whole country. With rich culture
and history, a complete industrial system, science and education, and abundant resources for
innovation, the province connects the Yangtze River Economic Belt and the Belt and Road.

Located at the junction of the Yangtze River and the Hanjiang River, Wuhan is the capital
city of Hubei Province, with a total area of 8,569.15 square kilometers and a permanent
population of 11.212 million.

Natural Ecology Hubei enjoys a subtropical climate with abundant sunshine and precipitation.
it has annual average temperature of 15-17 °C, most of the area covered by mountains and hills.
Being well connected with the Sichuan Basin, as well as Jiangsu, Anhui and Zhejiang
Province, Hubei occupies a unique position in the middle of China and serves as a hub of
communication, known as the thoroughfare to 9 provinces.
The region features a number of unique and breathtaking landscape, natural as well as
artificial, that are well-known in China and abroad. Those include the famous Huanghelou
(Yellow Crane Tower) located at the south bank of the Yangtze River, Wudang Mountain, a
famous Taoist site, the Three Gorges overseeing the Yangtze River, Shennongjia, a primeval
forestry district, and more.

Huanghelou (Yellow Crane Tower) stands at the peak of Snake Mountain in Wuchang
district and faces the Yangtze River to the north, enjoying the reputation of being “the No.1
Building under Heaven”. Over the past 1,700 years, the Yellow Crane Tower has been
rebuilt many times. Today, it has five floors and a height of 50.4m, serving as the landmark
in Wuhan city.

The Three Gorges of the Yangtze River. As you know, Hubei is located along the central
alignment of the Yangtze River. In fact, the Yangtze River flows through Chongqing
Yichang City and the Wushan Mountains. From the east to the east, three channels
were formed: Cho Tang, Wu, and Shilling. “The Three Channels” flows for a total of
191 miles, Creating a unique, magnificent and vibrant landscape as a result of the rapid
flow of water between mountains and cliffs.

Shennongjia, the largest primitive forest and national park in East China, has the most
complete altitudinal natural belt in the world. Located in the west of Hubei Province, with
an area of 3,253 square kilometers, it is the first heritage site in China that has been listed
as a “three-time champion” heritage site by three major protection systems, namely,
UNESCO Human and Biosphere Reserve, World Geopark and World Heritage.

There are rare species of animals and plant in Hubei area. for example,Lichuan Metasequoia trees.
Lichuan is the world’s only remaining natural home of this species, which grows at an
altitude of 1,000-1,200 meters. The Metasequoia is known as the “living fossil” in the plant
kingdom.

The Shennongjia Golden Monkey is an endangered and rare national first-class
protected animal. There are 8 populations and a total of 1,282 monkeys in Shennongjia.

Wudang Mountain, a famous scenic spot, is predominately majestic, also precipitous,
striking, quiet, beautiful, and dignified. Located in Shiyan City, Hubei Province, it was
honored as the temple of the imperial family during the Ming Dynasty (1368-1644 A.D.). It
is not only a Taoist holy site, but also the birthplace of Wudang martial arts. It was listed as
the World Natural and Cultural Heritage Site in 1994.

In the historical site of Hubei, archaeologists have found many fascinating artifacts.

Over one-million-year-old Skull Fossils of “the People of Yun County” were unearthed
in Yun County between 1989 and 1990. Hubei in ancient times had a superior ecological
environment and was suitable for human survival. These archaeological findings confirm
that our ancient ancestors lived and multiplied on this land as early as one million years
ago.

2,400-year-old Chime-bells from the Tomb of Marquis Yi of the Zeng State were
unearthed in 1978. Chime-bell is a bronze musical instrument belonging to the
monarch of the State of Zeng, during the early Warring States period (475-221 BC). The
whole set of unearthed chimes consist of 65 pieces, spanning 5 and a half octaves and 12
semitones. The chimes demonstrate superb casting technology and wonderful music
performance. This discovery has rewritten the music history in the world, and the chime
bells represents the very best of Chinese ritual music civilization in pre-Qin dynasty..

Hubei Province is a region of great historical importance in Chinese culture. Today Hubei serves as the communications hub between 9 other major provinces in China. Hubei offers a variety of breathtaking landscapes, fascinating historical sites, festivals and national sports competitions, well-developed transport routes and renewable energy. We invite you to get to know the “wonderful wonders” more closely with a photo gallery available to you here online. 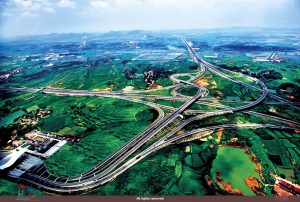 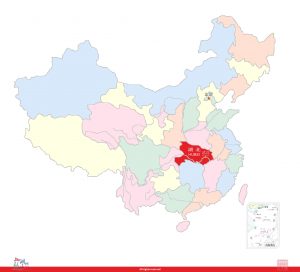 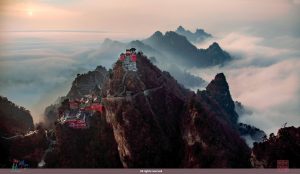 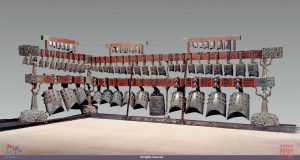 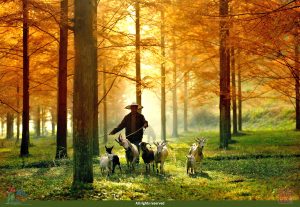 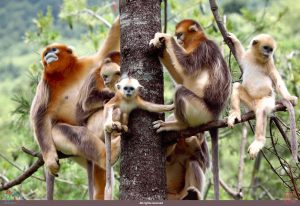 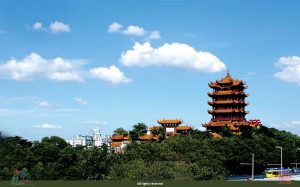 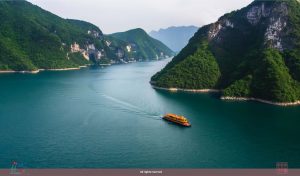