A Journey to China Culture- Part 1

On summer 2019, our outstanding students received a travel scholarship for discovering Chinese culture.

The scholarship aims to give the students of China Cultural Centers around the world the opportunity to see and experience China and its culture closely, to look at the different development and achievements of the Chinese nation throughout history, and to establish friendships and understanding with the Chinese people. This year’s tour will mark 70th anniversary of the founding of the People’s Republic of China, and will be integrated into a variety of cultural events and experiences in local folklore.

The journey of discovering Chinese culture:

The forbidden city was the Chinese imperial palace from the Ming Dynasty to the end of the Qing dynasty.

The forbidden city located in the center of Beijing, China. For almost 500 years, it served as the home of emperors and their households, as well as the ceremonial and political center of Chinese government. Built from 1406 to 1420, the complex consists of 980 buildings and covers 720000m2 (7800000sqft).The palace complex exemplifies traditional Chinese palatial architecture and has influenced cultural and architectural developments in East Asia and elsewhere.The forbidden City was declared a world Heritage Site in 1987, and is listed by UNESCO as the largest collection of preserved ancient wooden structures in the world.

The Forbidden city is a rectangle, measuring 961 meters (3153 ft) from north to south and 753 meters (2470 dt) from east to west. It consists of 980 surviving buildings with 8886 bays of rooms, not include various antechambers. It was designed to be the center of the ancient, walled city of Beijing, which extends to the south through Tiananmen gate to Tiananmen Square and on to Yongdingmen. To the north, it extends through Jingshan Hill to the Bell and Drum Towers. This axis is tilted by only Slightly more than two degrees.

Jinshanling (or Jinshanling Mount) Great Wall is located in Luanping County, Chengde, Hebei province.
It construction began in AD 1368, the first year of Hongwu of the the Ming Dynasty’ led by the then marshal Xu Da. Jinshanling Mount is 700 meters above sea level. Standing on top of it, you will see piles of mountains to its north, the mirror like water surface of the Simatai Reservoir to its east, and the sparkling blue of the Miyun reservoir to its south. Jinshanling Great Wall is entrenched on mountains, winds up and down, and looks majestic. It is renowned for intensive watchtowers and various intricate constructions, which makes it significantly stand out from other Great Wall sections, such as Badaling, Shanhaiguan, and Jiayuguan, and become one of the potentially most attractive scenes to be developed on the Great Wall. Jinshangling Great Wall meanders magnificently on the mountains, with a wide-open view and intensive watchtowers. Entitled as “the best part of the great Wall”,”Jinshanling Great wall”, Jinshanling Great wall has the big mountains, high cliffs, and seas of trees on both sides, which makes it an ideal destiny for promenading or taking pictures in all four seasons. It enjoys a reputation of “the unique pearl on the great Wall”. The magnificent Jinshanling Great Wall stretches along the mountains, going up and down. This section is easy to defend while hard to attack, with low terrain and flat slopes. As a result, walls here were built thick and sturdy, with beacon towers high, and fortresses evenly and intensively distributed. There are as many as 158 buildings in this section, which are all different from one another in styles and shapes. Some piers are square, while other are oblate or round. The shapes of roofs also vary from boat-awning roofs, domes to rectangular or octagonal roofs. In addition there are lookout towers with multiple watching holes and warehouse towers, which is area scene along the great wall. There are beacon towers and military camps on both sides of the Jinshnling Great wall, such as Simatai Fort, longyuling Fort, and Lianjunwuying Camp. Looking out from the Wangjing Pavilion on the top of Jinshanling Mount, you can see the capital city from a distance. Come and ascend the Jinshanling Great Wall to appreciate the Magnificent and sublime beauty of the great wall. You will have a great opportunity to experience the greatness and heroism of a nation.

Expo 2019 Beijing, following Expo 1999 Kunming and Shanghai World Expo 2010, is another top level and largest Scale international exhibition hosted by China. With the theme “Live Green, Live Better” Expo 2019 Beijing is held from April 2019 to Oct.2019 in Yanqing District, Beijing.
Expo 2019 Beijing is an important platform to show China ecological conservation achievement and to facilitate the international communication and cooperation of green industries. What’s more, it also provides a significant opportunity to advance and enrich the vision of green development, to promote the transformation of the ways of economic development and daily life. It really is the vivid practice to build a beautiful China.

This project, initiated since Oct 1 st, 2017, has won wide acclaim from all walks of life and become the symbolic culture project in Tianjin, end even in Beijing-Tianjin-Heibei region.
Tianjin Binhai Cultural Center draws on the Design concepts of many well known architects at home and abroad to form a unique centralized setting architectural structure, which is the leading edge across the country. The project, covering a total area of 120,000 square meters and an overall floorage of 312000 square meters, comprises of “Three Museums, Two Centers and One Gallery”’ that is Binhai Art Museum, Binhai Science and Technology Museum, Binhai Library, Binhai Performance and Art Center, Citizen Activity Center and Cultural Gallery. Adopting the mode of dual-Wheel drive and integrated development of cultural cause and cultural industry, the project strives to build a “culture+” composed cultural complex. 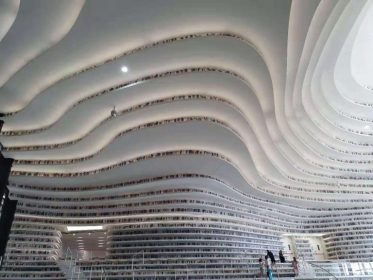 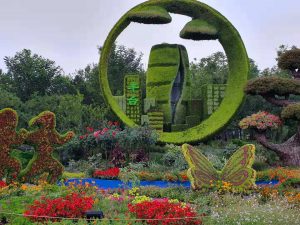 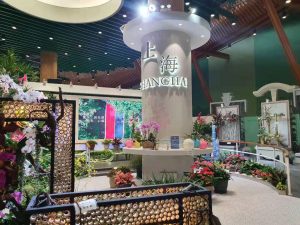 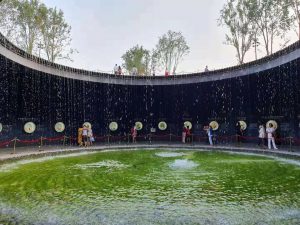 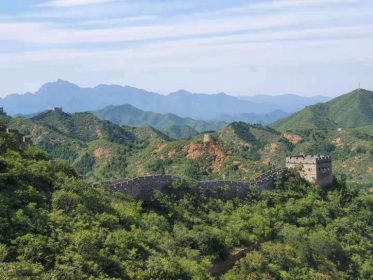 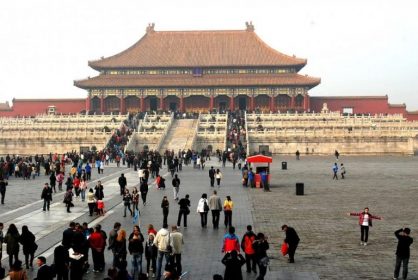